Most recent track:
The Silence of Eternity

There is a Love,
That moves the mountains,
A Love that splits the ocean,
And makes the wind tremble.
Love that roars like thunder,
It raises up the dead,
Lifts us to ecstasy,
The Silence of Eternity

Featuring vocals and lyrics by Shylo Love, inspired by / adapted from the poetry of Rumi

Second most recent track:
Original production by Shylo ॐ Love. Demo track “Now or Never” Alternately tuned to A=444hz / 528hz. Unmastered pre-vocal preview…  Feedback welcome and desired! <3 Can you feel the love? Does it move you?

Shylo has been producing music since 2008, starting with “528hz Beautiful Sweet Love” a poem turned into music became her first complete production.  Vocals were recorded on a Skype headset… and she was totally unschooled in music production… it is technically not the best track, but people write me about it often so I’ll keep it up… however, a remaster is in order!

That same year (2008) Shylo became an ORM (OMMM Reiki Master) and obtained a complete set of Ancient Solfeggio Frequency Tuning forks in both weighted and regular, along with Perfect 5th C and G forks in standard tuning, an OM tuner, and OTTO Tuners. She studied “Sound Therapy” through SomaEnergetics, and has been self-learning ever since through various workshops, courses, and conversations with sound healing forefathers and tone maestros such as Jonathan Goldman. Check out Shylo’s Healing Frequencies website for healing frequencies directed for all kinds of healing and purposeful growth… 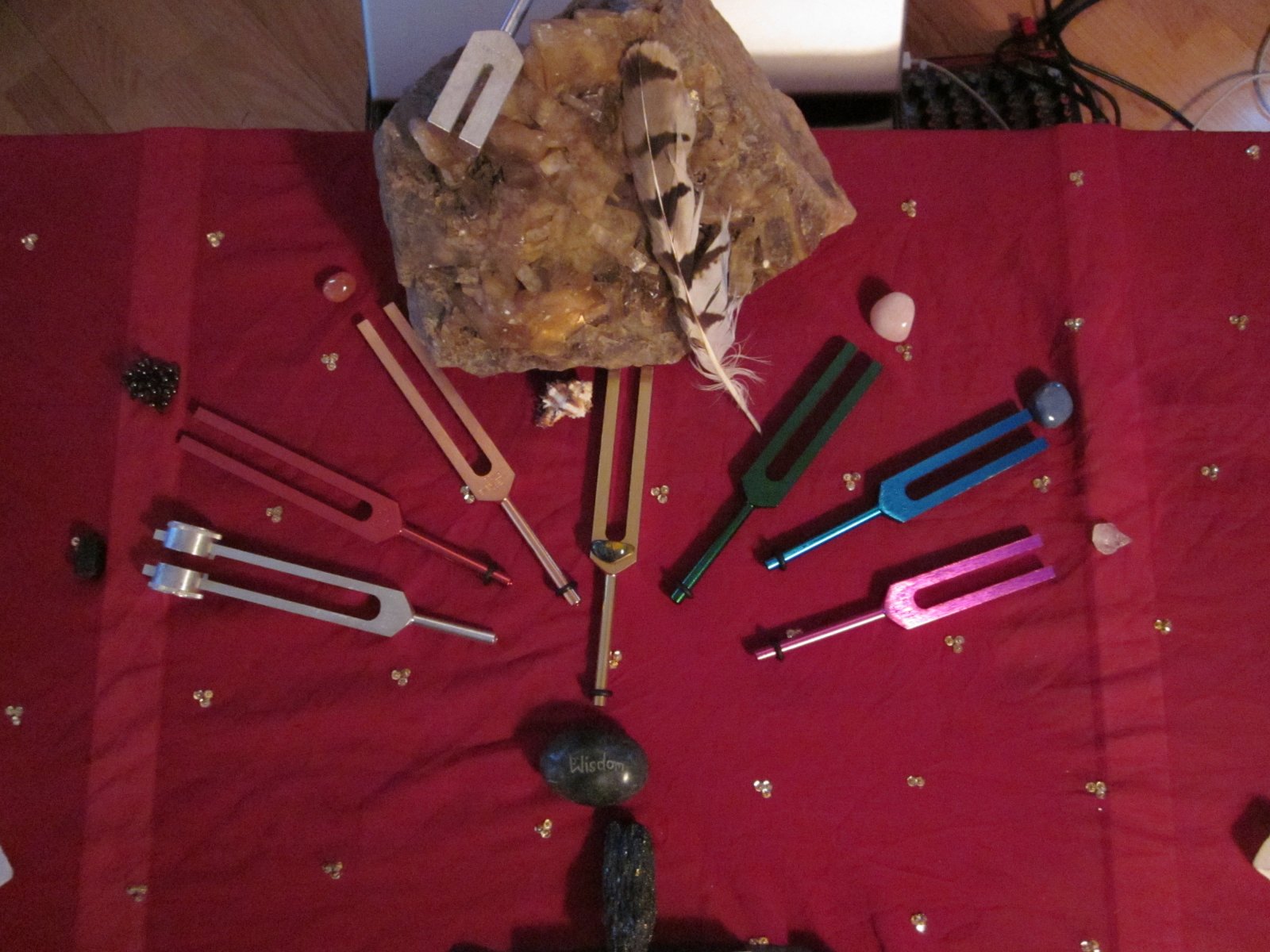 The tuning forks, and the living frequencies therein… transformed anything and everything in their field of influence… and tuned all future music Shylo makes, to them. 🙂

The Sound ॐ Love ❤ Alchemy☿  Chakra Balancing Solfeggio Frequencies Album was forthcoming, and manifested itself through three humbled heart centred artists in 2011. Produced with the love and connection of a “holy triad” 3 individuals, driven by motives of sharing the frequencies and healing of the tones: JoyOne (Patrice J Sauve), Haley Love and Shylo Love. This album has reached 2nd in the Spiritual Music charts on Reverbnation and has received many accolates and praises from listeners.

Shylo also made a “Cymascope”, and recorded the shapes sound makes into Cymandalas.  Check them out, and more about our music on our website: http://www.SoundLoveAlchemy.ca / Soundcloud: http://www.soundcloud.com/soundlovealchemy.

Shylo is a shy vocalist… an introverted alchemist, utilizing the tension between wishing to hide and yearning to communicate through healing and vibrations as motivation to create anything she manages to… considering Shylo is quite pokey and slow.. borderline (?) lazy “working hard to work even less” and a master procrastinator… it’s amazing anything got done and made it on this website! 😉 (that’s me writing about myself in 3rd person fyi)