Inanna – Queen of Heaven by ShyloLove on deviantART
“Inanna is the Queen of Heaven and Earth and the Goddess of Love.  She is also Goddess of Grain, War, Fertility, Sexual Love, and perhaps best of all, Lady of Myriad Offices.  As noted in Archetypes, Inanna was known in Mythology as healer, lifegiver, and composer of songs; the keeper of emotions — ranging from loving, jealous, grieving, joyful, timid, and exhibitionistic, to thieving, passionate, ambitious, and generous. Inanna was eternally youthful, dynamic, fierce, sensuous, the harlot-virgin, never settled nor domesticated, magnetic, yet independent. She was into fertility, order, war, love, heavens, healing, emotions, and song; always wandering, searching for her home, her power. Ultimately, she was the embodied, playful, passionately erotic, feminine; the powerful, independent, self-willed, feminine; the ambitious, regal, many-sided feminine.”

If there is to be a Return of the Goddess, it will likely be Inanna — accompanied and announced by Lilith.  The rest of the Anunnaki troop will likely simply step aside.  (Albeit, Ningishzidda might be in an honored place in the retinue.)   And with any luck, the Sacred Orgasm will find itself in the midst of many more lovers….”

Read more on my friend Daniel’s website:  www.halexandria.org/dward384.h… (He is literally a PH.d of Nuclear Physics and an Engineer so he’s smart!)

Inanna, also known as Ishtar, Aphrodite, Isis, Venus….. is known as the Goddess of Heaven, of Love, War and Fertility. 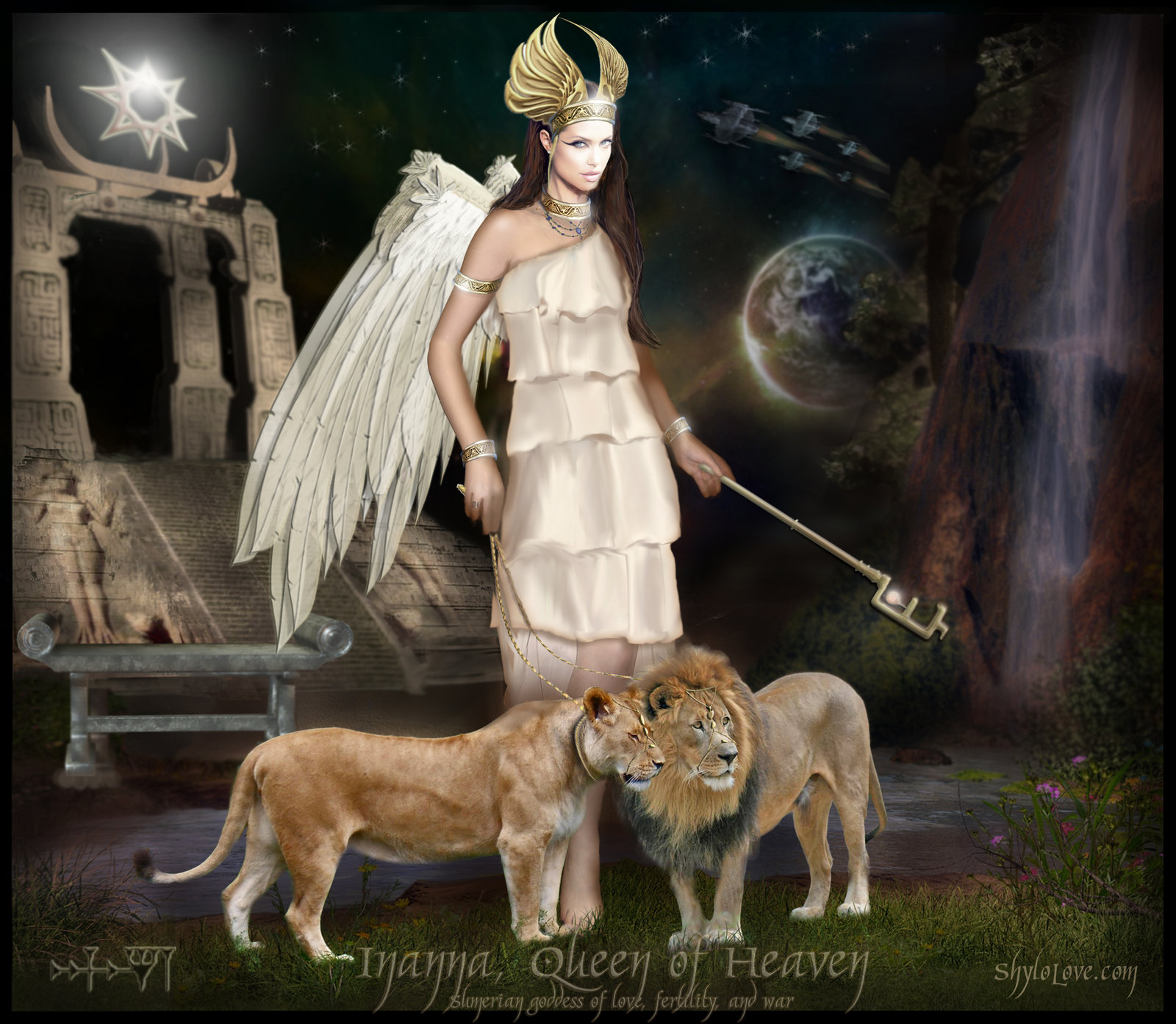